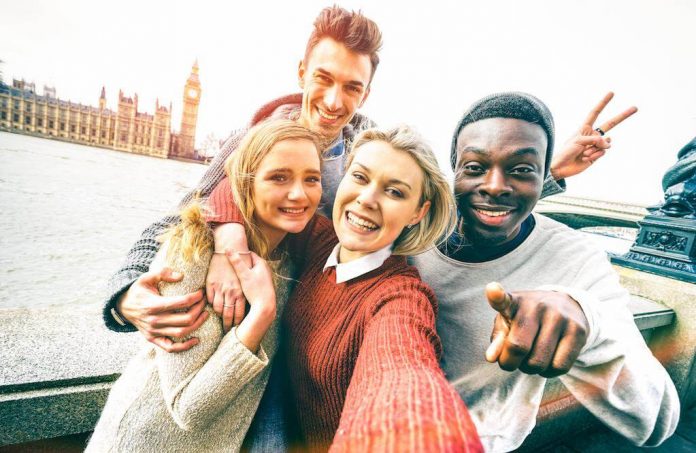 International students are attracted to the UK due to its world-class universities, largely known around the globe (and maybe beyond it). Ranked as some of the best universities in the world, they provide a quality education that jump-starts careers like nothing else. But London, Manchester, Edinburgh, Aberdeen, and all the other UK cities and towns, simply complement the whole university experience for international students.

Take a look at 80 interesting facts about the UK.

The Economic Impact of International Students in the UK

International students in the UK bring billions in income to UK universities, approximately £6.9 billion income in tuition fees. Total education exports and transnational activity (TNE) in the UK contributed around £19.9 billion in 2016, a 3.1% increase from the previous year. The higher education alone accounts for the largest contribution to revenue from education-related exports, with a total of £13.4 billion in the year 2016. Further education and schools have contributed relatively smaller amounts, with £0.3 billion for the former and £0.9 billion for the latter.

million to UK transport. The retail industry was boosted by £690 million in the same period of time.

The Social Impact of International Students in the UK

International students in the UK do not simply contribute to this country in numbers. Of course, financially, they are a great boost to the UK economy, however, the UK loves international students because they diversify the country and make global connections happen. The UK is constantly working to keep international students here and even include them in the UK job market. Just recently, the UK has introduced a post-study work visa, known as the Graduate Route, which allows graduates to stay in the UK and find a job for a period of up to two years after graduation. The visa is set to be launched in the summer of 2021. (Read more about it here).

The Impact of UK to International Students

Studying in the UK has a wide range of benefits, especially for international students. Apart from the fact that they get to benefit from the academic expertise of the UK’s higher education institutions, international students also get to learn more about different cultures, create new friendships, and experience all the beauty and history that the UK has to offer. The cosmopolitan flair of this country is not the only thing that makes it special; its rich history and culture are interesting to all backgrounds and the chances of getting bored here are minimal.

International students in the UK also take up part-time jobs during their studies in order to earn a bit of extra income. Of course, in order to manage both study and work, students have to perfect their time management skills, which is also a bonus of studying in the UK. Upon returning to their home countries, international students in the UK will be ready to enter the job market with confidence and the necessary skills to tackle all the challenges of today and tomorrow. (You will find an article on what graduates in the UK earn here).

Living in a foreign country might be difficult in the beginning but it is nothing people can’t get used to with the passage of time. These students learn to become independent individuals who can manage their time and finances. Upon graduation, they will have earned knowledge and skills from some of the best academics, something that will help international students aim towards the global job market and work towards their dream careers.

You will be able to find numerous interesting reads related to living in the UK as an international student here.