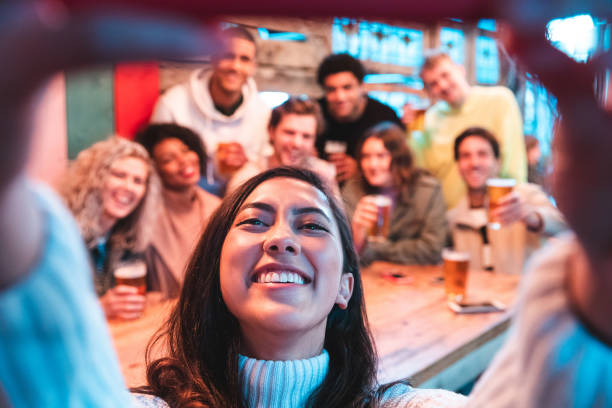 As the coronavirus pandemic is causing turmoil among people worldwide, its economic impact has also become a cause for concern. Many businesses have shut down, travel bans have been imposed, and flight rates have spiralled down. People are being advised to stay inside of their homes as much as possible, work remotely when possible, and avoid all non-essential travel.

The aim of authorities and health officials is to flatten the curve or, said differently, slow the rate of infection, as attempts to achieve a vaccine against the virus continue. English-speaking international student hubs, like Australia, the United States, and the UK, are in one way or another, dependent on tuition which comes from Chinese students. China has been the largest ‘importer’ of international students in these countries, but not only.

In the UK, only, the majority of international students coming from non-EU countries are from China, according to the latest statistics, with a total of 120,385 students enrolled in higher education institutions, meaning 35% of all non-EU students are from China. Additionally, a total of 143,025 students of higher education in the UK, come from countries of the European Union, outside of the UK.

Many qualifying exams have been postponed, test centres around the world have closed, as people are facing financial difficulties. All these can contribute to a decreased number of enrolments from international students in the coming years, something that leaves countries with ‘holes’ in their universities’ budgets. Many universities in the UK depend on tuition fees coming from international students which help keep their less-profitable departments running.

Italy, France, Germany, and Spain, in this order, are currently the top EU countries sending international students in the UK. In the academic year 2018/2019, there were a total of 13,965 students from Italy pursuing their degree in UK universities, closely followed by France, with 13,675 students enrolled in UK’s higher education sector.

Students who have almost completed their university application are less likely to drop their study plans, while those have not begun yet, are more likely to reconsider. Many Chinese students are also concerned about their well-being and personal safety in another country, with cases of racism increasing as a result of the coronavirus. According to the survey, 87% of students surveyed said that they were concerned about their personal safety, amid other issues like health, finances, or application difficulties.

The Studying-in-UK portal has also conducted a survey regarding international students in the UK and how their plans have been altered due to the COVID-19 pandemic. While this survey does not target only a specific nationality of students, it asked around 18,000 potential and current international students in the UK whether their study plans had been altered in one way or another by the pandemic. Unfortunately, a large majority of 79% of respondents said that their plans have been affected.

This survey does not necessarily imply that international student numbers in the UK will experience a drastic fall, however, it does indicate that financial difficulties, health concerns, or postponed qualifications might ‘force’ these students to cancel or reconsider their study plans. In addition, many students are already worried about whether they will be able to receive qualifications which allow them to progress to higher or further education or gain admission at UK universities.

We have compiled a list of frequently asked questions concerning international studies in the UK. You can find it here.

Universities are already bracing themselves for financial difficulties. Students in the UK have also demanded fee reimbursements due to the loss of face-to-face teaching. Just recently, however, Universities Minister, Michelle Donelan has claimed that students should not expect fee reimbursement if they are receiving adequate online learning and support.

A decrease in international student numbers in the UK would not only imply financial hardship for universities, but also for those who cater to these students such as accommodation providers, restaurants, tourism services, and transport.