Home Living in the UK The Transport in UK Guide 2020 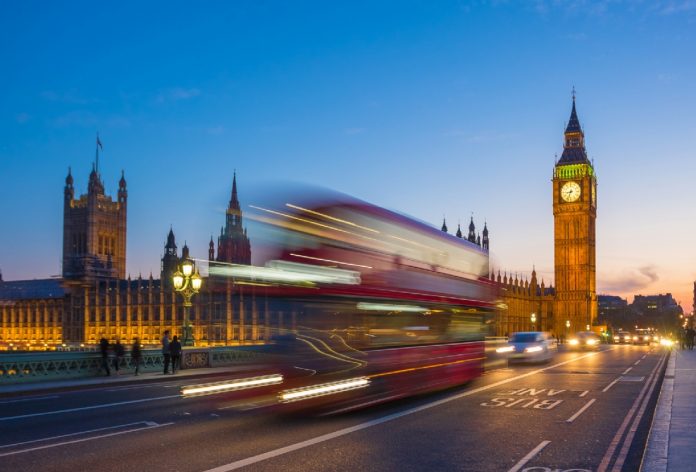 There are many options for transport in UK. You can choose to travel by bus, ferry, train, taxi, airplane or even drive on your own. The British transport network is one of the most advanced in the world, boasting in a large number of paved roads, modern railways, airports and so on. However, as you would expect it’s a highly populated country and the traffic in the UK might be a bit painful to you especially if you’re not used to waiting in queues.

Particularly in big cities like London is overwhelmingly busy. And because some of the British cities are such over-crowded the types of transportation you choose may not be entirely up to you.

Probably you like the comfort of driving your car from work to home, but during rush hours you wouldn’t stand the heavy traffic so you might consider taking a  bus. And if it still doesn’t match your time you can get a bicycle.

To avoid getting nervous with British traffic you might need some prior knowledge about it. Below we bring some important information and interesting facts about the transport in UK.

The roads network in UK

Roads are the most crucial and common part of the transport in UK. As of 2016 figures, the official estimates show that British road network comprises 600 miles of paved roads. In UK there are different types of roads depending on their length.

The major division is on major roads and minor roads. Minor roads count for 87.3% of the total road length in UK, while major roads for just 12.7%. The first category includes Rural “C” and “U” roads and Urban “C” and “UThe second category includes Motorways(also referred as M roads), Rural trunk “A” roads, Urban trunk “A” roads, rural principal “A” roads, Urban principal “A” roads. ” roads. “A” roads are the main routes in the British road network.

Important note: Like in all countries, the British jurisdiction obligates you to be in alignment with traffic laws starting from the speeding limit. The maximum set for the UK roads is 70 mph(approximately 113 kilometers per hour ) on motorways and dual carriageways. So when you’re driving in UK be careful to respect this limit otherwise you’ll get a penalty.

It’s estimated that over 75% households in UK own a car and a huge number of them also use other driving machines like trucks, buses and motorcycles. Consequently, the traffic is much heavier in downtown areas rather than in rural roads where less driving machines frequent. Being so, the British government pays an increased attention to increasing the length of roads and their quality. Their commitment led to an increase of 2.5% or 6,000 miles of paved roads in last 20 years.

The UK is the first country that comes to your mind when talking about driving on the left side of the road. The fact is that the UK is one of 50 countries in the world where cars move this way. You don’t need to worry about this besides that you may feel a bit anxious at the beginning. It’s a normal feeling which you get wherever you and is not only the case only with the UK.

The railway network in UK

When in the UK do as Britons do! For impatient people who land for the first time in UK, particularly in urban areas like London, the traffic can be nerve-wrecking. So is for the Britons. But they’re used to it and so you will. They know what kind of transport to choose over another one at a particular time. Soon after you get there you’ll learn to choose the best alternative to move from a destination to another. And trains are definitely the best choice you can make at this point.

They’re safer, comfortable, cheaper and faster than cars or buses. For example, it gets only around 2 hours for a train in London to arrive in Edinburgh. Moreover, you can have in possession a different sort of traveling ticket so you don’t have to obtain a ticket every time you board a train and surely it will cost less.

The railway network is actually the oldest type of structured transport in UK and the oldest railway system in the world. Currently, in UK there are 22 companies that provide train services with Network Rail which manages most of them in Great Britain and NI Railways those in Northern Ireland.
The train transport in UK is carried out on the ground and under it. The cities of London, Liverpool, Glasgow and Tyne and Wear have underground railway systems established. The British underground railway system praises its Channel Tunnel that links the UK with the European mainland.

The following are the types of ticket fares in UK:

It’s recommendable to always buy a ticket before boarding the train and keep it to yourself because there is usually a conductor or a sort of inspector who may charge you a fine if you don’t have it.

Drive a car in the UK

Driving a car in the UK may seem tricky to you at first because you have to ride in the left side of the road and you have to get used with cars that have the steering wheel in the right side. But, this won’t make driving in the UK less pleasing than somewhere else in the world. The scenery you will encounter when driving on British roads, especially in rural roads is amazing.

This way of transport in UK is a very common one. In Great Britain statistics show that 85% of citizens travel by a car, van or taxi. Almost every family in UK has a car. Therefore a majority of Britons hold a driving license.

If you’re a citizen of a country rather the UK an official transport regulator may require you to show some extra paperwork to be eligible to drive within the country. Drivers who hold a license issued in a EU country won’t need any further confirmation to drive. Their EU driving license is equal to a British one and the person can drive a car until it gets 70 years old.

By contrast, those coming from other countries of the world are allowed to drive for up to 12 months in UK before entering the procedure to get the permanent allowance. Be aware that some driving license issued in particular countries can’t be adjusted into British jurisdiction. This means that you have to start from the beginning and take a British driving license.

On the other hand, if you’re willing to bring a car in UK you need to fulfil specific legalization requirements. This includes an approval that your car is aligned with safety and environmental features set by the British government. If your car is not in the line with these requirements, you won’t be approved to drive it.

Pollution is a serious issue in UK as in most developed countries. This is a daily concern in some particular cities like London where the number of cars coming in and out is large. The government is forced to actively introduce many driving restrictions. In London, for example, if you enter the downtown you’ll be charged a toll. You must pay extra attention these warnings to avoid getting a ticket in British traffic.

The transport in UK includes also a comprehensive system of airplane airports. The country counts a huge number of airports (470 of them located only in England) 24 of which are international airports. Millions of passengers arrive or depart from British airports every year, making this way the UK air transportation sector one of the greatest in the world. Further information about the British aviation you can reach on this site https://www.caa.co.uk/home/