Home News & Statistics The Difference Between College and University in UK 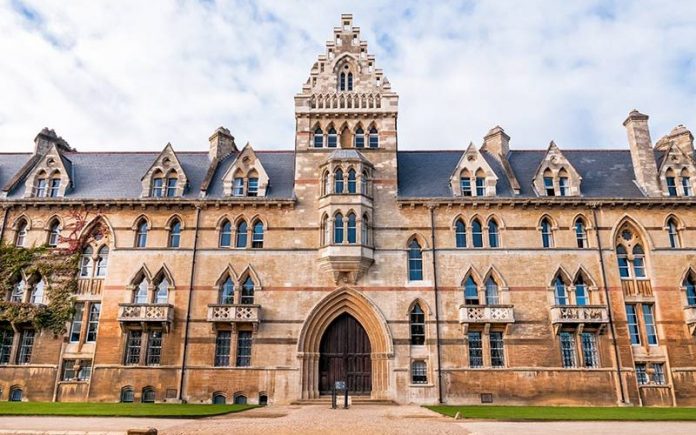 Did you know that College and University are not the same in the UK? If you didn’t, don’t worry, we understand you.

Actually, we’ve noticed there are many people who find this difference pretty confusing, particularly US students where both terms are used interchangeably. Until now, at least, because in this article we’re going to make this clear once and for all.

What’s the Difference Between College and University in UK?

One of the most intimidating things international students face far from their home is their confusion about a foreign education system, its organization and its unique vocabulary. For a unique education system like the one in the UK such confusions are highly pronounced.

Before we get straight in our topic it is helpful to have a basic understanding of the UK education system. This is very important because imagine willing to get a university degree in UK and ending up with a further education degree which provides you with a set of practical skills in order to find a job.

The whole education system in UK is divided into 5 major stages:

The first three stages comprise the compulsory education stage in UK. At the end of secondary school, people in UK sit for GCSE or A-Levels exams and then they are free to choose about their future.

This is where the difference between college and university becomes apparent. Basically, College and University are two different levels of education in the UK.

In most education systems in the world, students move on to university once they finish secondary schools. In contrast, high school graduates in the UK have more options ahead; they can either find a job right away, enroll a further education course to gain particular skills needed to land a job in a specific sector or move up directly to higher education if they have taken their A-Levels.

That being so, the difference between college and university in UK is bigger and draws on degrees, duration, study curriculums and so on.

The University in UK is a recognized educational organization which has the legal right of issuing higher education degrees. Typically, study programs at UK universities lead to the following degrees

In UK there’s no such thing as an accreditation system. A higher education institution in UK obtains its title as a “university” by assuring certain education qualities measured and specified by an authority in charge and a group of licensed examiners. This authority is known as the Quality Assurance Agency for Higher Education.

Their job is to ensure that the quality of education being provided to students in university meets the required standards. In principle, they don’t assess individual courses of UK universities but tend to concentrate more on the overall system of education applied to them.

Under the following acts, higher education providers in UK can be entitled as universities:

College, in contrast to university, is an educational institution that offers further education courses leading to specific degrees or qualifications. If you would say to someone “I’m a college student in UK” they would guess that you’re either attending a vocational course or learning to get A-Levels to enter university afterward.

College qualifications in UK include the followings:

College courses in UK are designed to teach students to reach a certain level of skills and knowledge in a particular field of interest which makes them able to get a job or gain academic preparation to enter university.

In contrast to the university which tends to be equally focused in practice and theory, college courses in UK pay more attention to provide you with more practical skills. That is mainly because most students in UK choose the college to become employable in a short time.

Usually, a further education course in college lasts for one to two years of full-time studies. During this time, you spend most of the time being taught how to apply your skills in a real environment. If you already have a job or for other similar reasons you have limited time, colleges in UK offer various flexible study programs and part-time studies.

The benefits of studying at College in UK

Moreover, colleges in UK offer a large variety of courses and in the following subjects they count more students that universities

The cost of higher education in UK is relatively high and most students actually rely on student loans which leaves them with a significant debt to be paid back after they get their degree.

Unfortunately, this is one of the reasons why fresh high school graduates feel a bit discouraged to go to University. Many prefer to accelerate their education and find a job right away.

College, on the other hand, comes at a way much lower price. Moreover, college students in UK are more encouraged because there is a wide range of merit-based and need-based bursaries offered to them and most of them don’t need to be paid back.

Depending on their personal circumstances, college students can claim additional funds to cover education-related costs and they’re only charged a small rate of interest.

Some UK universities have the word “college” in their official name causing further confusion to international students. Always keep in mind that it’s mostly due to the history of the university. For example, the Imperial College London has been affiliated to the University of London long times ago and now it is an independent university.

As per come colleges which offer undergraduate degrees be aware that they do this on behalf of a recognized university. These types of universities in UK are referred to as Collegiate universities.

In normal conditions, all these colleges do is to run the teaching process because the recognized university is responsible for setting up the structure of the curriculum and controlling the quality of education being provided.