Home Living in the UK Best Places to Visit in UK 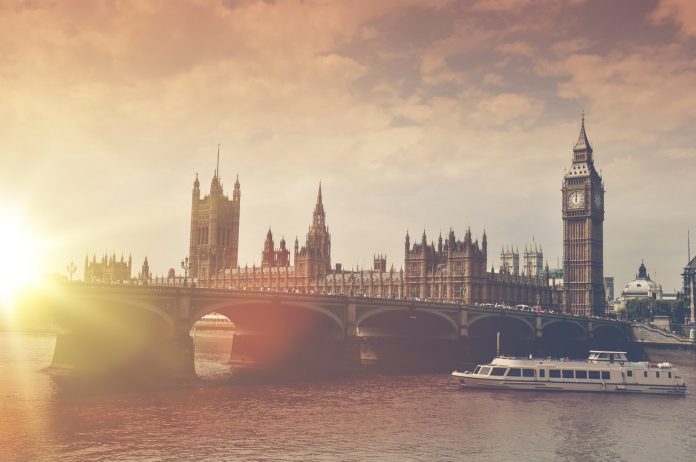 It is honestly pretty difficult to decide on the best places to visit in the UK; not because there are none, but because there are so many things to do here, that the list would most likely go on infinitely. It is after all the country of The Beatles and Shakespeare! If that isn’t enough, it’s where you will find the Big Ben, the Royal Family, and a royal cup of tea! Oh, and did I mention the fair share of castles and beaches? Seems like everything is magical and interesting in the land of tea, and so it is! Let’s walk together through some of the best places to visit in the UK and try to do this country justice, this time, virtually.

Would it be fair if I hadn’t started out with London? It really does not matter, since each destination in England is better than the other. It is pretty difficult to land in the UK and not visit London, I mean, you don’t want to miss the chance of recreating the famous album cover of The Beatles in the Abbey Road Crossing, also known as the Beatles Crosswalk. And you also don’t want to miss taking the much-sought-after double-decker tour! The street art, the museums, the afternoon tea! It all feels so much more magical in London. Oh, and Potterheads would surely want to visit Leavesden Studios, on the outskirts of London, where the majority of Harry Potter movies were filmed.

Uhm, is anyone thinking Peaky Blinders or is it just me? No but really, this one is one of the fastest-growing cities in the UK. It receives thousands of visitors every year and they’re right to spend even one hour here. Although, it would be pretty difficult to see just how much this city has to offer in one hour! The cinemas, restaurants, music venues, and museums are only some of the things Birmingham is known for. Walking through the streets of this city you’ll simply feel its rich history.

Now you have probably heard about one of the world’s most iconic contemporary artists, Banksy? Well, Bristol is Banksy’s place of birth, and it is here that you will witness three of this artist’s murals, such as “The Mild Mild West”, “Gorilla in a Pink Mask”, and “Well Hung Lover”. Apart from that, the culture, the art spaces, harbourside, and nightlife are what make Bristol worthy of your visit!

Pride and Prejudice, Emma, and Sense and Sensibility? Now, they probably ring a bell since they are some of the most famous works by Jane Austen. Now, if you visit Bath, you will have the chance to also visit the Jane Austen Centre which celebrates Bath’s most famous resident. The exhibits and costumed characters in this centre will showcase the story of Austen and the time she spent living in Bath, from 1801 to 1806. All the guides at this centre are given Jane Austen character identities and it’s honestly something the visitors as well as the guides enjoy thoroughly. In addition, the museums, galleries, and the Roman baths add a special amount of uniqueness to the city. Wouldn’t you like to see how our Roman ancestors relaxed all those years ago?

Manchester might just be one of the first stops to fans of Manchester United. Whether you are or aren’t a fan of this football team, this city would surely be worth one or two (thousands) visits. Highlights of this city include Castlefield, with its Victorian houses, Roman ruins, and canals. The Manchester Cathedral, Town Hall, the amazing architecture and creativity in this city further prove that England simply has it all!

One of the main attractions in this city is Canterbury Cathedral, now a UNESCO World Heritage Site. This cathedral is home to the Archbishop of Canterbury. What’s also interesting are the Miracle Windows, dating back to the 12th century, depicting scenes from the life of murdered Archbishop Thomas Becket. This city also has its own share of culture and art! The Marlowe Theatre, rebuilt in the year 2011, has a unique modern design in the centre of the city. Moreover, it is named after the famous playwright, Christopher Marlowe, born in Canterbury.

You’ll never walk alone? Well, in Liverpool you truly won’t walk alone. You will be accompanied by a great city with a rich and interesting history. Now, to football fans, Liverpool is home to two of the most famous and oldest teams in the world, Everton and Liverpool! But it is also home to The Beatles! Hooray! Sports fans can visit Anfield, the seventh largest stadium in England. Meanwhile, The Beatles fans can visit The Beatles Story Museum! Even if you’re not a fan of either, you should definitely give both of these a visit! Besides, the art work, theatres, cathedrals and churches, the nightlife – all these play a role into making Liverpool the tourist attraction it is today.

Why would I miss Stratford-upon-Avon? It is such a special town housing some of the best pubs in England, Tudor style architecture, and well… literally housing Shakespeare (back in his day, that is). Here, you can find the most famous playwrights’ birthplace, grave-stone, his daughter’s home, as well as his mother’s childhood home! If that wasn’t enough, you will also get to visit Anne Hathaway, Shakespeare’s wife, cottage. The largest butterfly farm in Europe is located in this town, as well as Royal Shakespeare Company theatre.

The beautiful capital of Scotland! With its beautiful landscapes and iconic Edinburgh castle! The seaside town, North Berwick, is simply 30 train-minutes away from Edinburgh and you will most likely be in awe of the pretty sights. Another tourist attraction in Edinburgh is also The Scotch Whisky Experience, the world’s foremost whisky museum! Edinburgh is also known as one of the world’s leading festival cities, housing 12 major annual festivals throughout the seasons.

60 miles northwest of London, Oxford has a rich literary history. Many famous authors have found inspiration in this city. For example, Lewis Carroll wrote Alice’s Adventures in Wonderland, in Oxford. Apart from the history, there are just so many things you can do and places you can visit in Oxford. You can visit England’s oldest university, the University of Oxford and tour some university buildings. You can also visit the The Ultimate Picture Palace on Cowley Road, for a real cinematic experience. Or, Potterheads can visit the Great Hall inside Christ Church College, which was the inspiration for the Great Hall at Hogwarts!

Famous for its world-class university, Cambridge has just so much to offer! You can take a trip in a punt in the river that flows through Cambridge and into the Great Ouse. Not to forget, you can also find Byron’s Pool in Cambridge, named after Lord Byron, who is said to have swum there. The theatres, museums, or the overall cultural life in Cambridge is something to be loved! Oh, and did you know that The Theory of Everything was filmed in Cambridge? Amazing, right? Grab your camera and go!

Now, Stonehenge is something you don’t want to miss; I mean, it’s the mystery surrounding it that makes the visit such a unique experience. Stonehenge was built between the Neolithic Age and the Bronze Age, meaning a visit to this place will take you back in time to 2,600 BC! Now, that’s something! It’s situated west of London, about 80 minutes away by car, in Wiltshire. Stonehenge is managed by English Heritage and it attracts more than one million tourists every year.

Many visitors every year pay a visit to Lake District, located in the northwest corner of England, in the county of Cumbria. It is a popular destination with an even more popular scenery. Everything looks just so beautiful in this destination. So, if you’re looking for a place where you can clear your mind and spend a few days off, then Lake District will surely meet the standards. It is said that William Wordsworth’s “Daffodils” poem stands as the archetypal Lake District poem. Talk about artistic inspiration!

14. Visit the Isle of Wight

The Isle of Wight is situated only a few miles from Southampton and Portsmouth. If you’re in Central London, then you could be on the Island in around 2 hours and 40 minutes by car. But, why visit the Isle of Wight? Let me tell you, it is filled with beautiful attractions. It has a wide range of tourist spots like adventure parks, zoos, historic castles, museums, lighthouses, as well as roman villas! With the beautiful scenery and beaches, this destination is perfect for a UK beach holiday.

Well, the British Royal Family would approve of this! Windsor is such a beautiful and historic destination and trust me when I say, it is definitely worth the visit! We all know I added this to the list because of the castle, the largest and oldest occupied castle in the world! It was founded by William the Conqueror in the 11th century and it has housed 39 monarchs ever since. While in Windsor, you can watch the changing of the guard and visit St. George’s Chapel, dating back to 1485. Windsor is also home to the prestigious Eton College, where famous and royal figures the likes of Prince William and Harry, poet Percy Shelley, and numerous British prime ministers got their honours.

Hello Brighton! Tourists as well as other English travelers love visiting Brighton. The beach, culture, seaside recreation, and with merely an hour away from London, this city is packed with beauty! You will simply love the coast, the countryside, nightlife, and last but not least, the food! It is also known for its theatres and festivals among all else. Oh, and did I mention the Undercliff Walk? The chalk-cliffs are surely a wonderful sight!

17. Visit one of the many UK beaches

The UK is full of unique and beautiful beaches, where you can spend your summer holidays or simply visit off-season! Because the beauty is simply never ending. Here’s a list of some of the most special beaches in the UK: