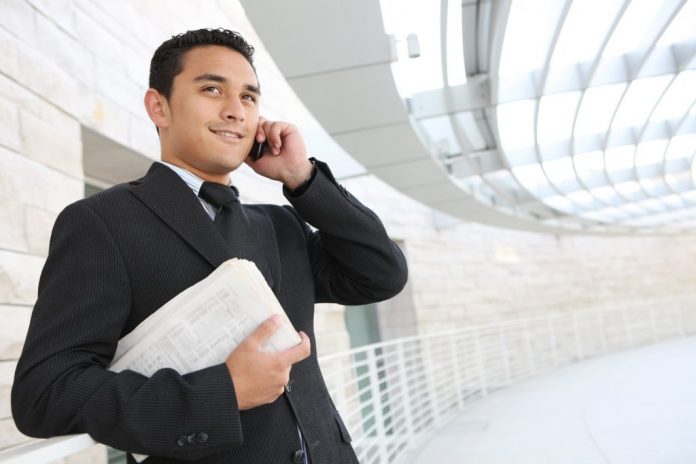 If there is any field where the UK higher education excels and is a global leader that is definitely the business. Many successful businessmen and entrepreneurs who lead some of the most powerful and innovative companies in the world hold a business degree from UK universities. This business schools’ superlative quality coincides with this outstanding popularity among gifted students from all around the world.

Being this much sought-after, the business schools in the UK are some of the toughest to enter. Fortunately, there is a large number of business schools all across the country and the chances of finding a proper place for you are higher.

If you’re an ambitious student looking for the best deal in UK’s higher education and you don’t have any idea how to sort these universities out, don’t worry. We have made a scrutinized evaluation of all business schools in the UK and we bring you the top 50 Business Schools in the UK.

Here are the best business schools in the UK for 2022:

There is certainly no need to tell you the UK is firmly valued as a global leader for business education. Among British business schools which receive praise for their unparalleled quality is The University of Law Business School.

The core of their long-term mission is preparing business graduates who will have the intellectual capacities and professional responsibility to deal with challenges that they will face in the business world. Your business degree at this school promises to open new horizons in your academic life and determine your success in your career.

Without a doubt at the top of this list stands the London Business School. The university is constantly considered as one of the best business schools not just in the UK but far beyond. Despite being established in 1964, within this short time frame the university has set itself as one of the most reputed in the world in business-related subjects. Its core mission is to prepare and educate excellent students for the challenges of global business issues by providing them with a strong theoretical and practical foundation. Students from 109 countries seek a business degree at this university and its large alumni community counts over 42,000 graduates.

Founded in the far year 1894, the London School of Economics and Political Science today is one of the most renowned business schools in the UK. It not only attracts students from inside UK, but there are many international scholars who dream of getting a Business degree at this university. As it stands, the institution counts 8,150 international students coming from 133 countries of the world. At the LSE 18 Nobel prize winners have studied or taught, including here George Bernard Shaw and Christopher Pissarides.

In the past 50 years, the Warwick Business School placed at the heart of the University of Warwick has become one of the most elite business schools in the whole UK. This school is highly valued for its excellent and unique study programs which aim to give its students the deepest understanding of the practice of business and management.

The Cambridge Judge Business School was established in 1990 to teach management and research to its students. Today they have set themselves as one of the best business schools in the UK with their academic excellence. At the core of their long-term mission stands the goal of preparing skilled and educated businessmen who will have the courage and knowledge to solve future problems related to business and management. This is done by offering these students a close mentorship during their studies and by maintaining close cooperation with each organization involved somehow in the process of education.

The history of this school takes us back to 1965 when the University of Oxford opened its Centre for Management Studies. Officially, the Oxford Said Business School established itself as a Business school in 1996. Despite not having a long history, as an integral part of one of the greatest British universities, the University of Oxford, the Said Business School is one of the most highly-reputed business schools in the UK. With their wide range of excellent study programs, world-class professors and brilliant facilities, their aim is to educate future businessmen and managers who will have the required knowledge competence to address business issues.

Part of one of the greatest and most valued university in the UK and beyond, the Imperial College Business School is maintaining this reputation with dignity. Currently, this school is valued as one of the best in the country. Its unique study programs are a perfect combination formula between theory and practice. Those who choose to seek a business degree at this school will carry higher employability and the opportunity to seek numerous successful careers.

As their motto says “Helping you get to where you want”, the Alliance Manchester Business School is a place for those students who know where they’re heading in their career as a businessman. The School’s vision for the future is to become one of the best in the whole country, similar to the university part of which is it, the University of Manchester.

The Cranfield School of Management is proud to be one of the oldest business schools in Europe. Same as the university part of which is it, the Cranfield School of Management is wholly postgraduate, offering some interesting postgraduate degree courses like MBA, MSc, DBA and PhD. A central focus of their study programs is research to ensure students get the real touch with business needs. Their long-term vision is to apply the latest academic and research knowledge on solving problems related to business issues.

As an important section of one of the oldest universities in the whole world, the Edinburgh Business School has a long history. It came into existence in 1919, when the first students started their commerce Bachelor degree here. Today, the Scottish Business School is considered to be one of the best in the whole UK. Your degree at this university aims to prepare you for identifying the problems and successfully addressing them in your future.

The Management School at the University of Lancaster has been consistently one of the best business schools in the UK, being ranked always among the top. At this school you’ll find numerous study programs, therefore there are always chances of finding a program which will correspond with your interests. Defined as a research-oriented institution, at this school students will have to engage in different research activities in and out of the university sat the end of their degree they will be ready to enter the job without any minor problem.

The British business schools highly sought after following the Brexit, a survey reveals

A global survey revealed that 52% of the participants prefer to study in the UK’s business schools in 2018, as opposed to 47% a year ago.

The Carrington Crisp, an education research group conducted a survey with students from all around the globe. The aim behind this survey was to reveal the attractiveness of British higher education before and after the Brexit was voted in June 2016.

The survey collected responses from 1,211 students from 74 countries worldwide and it revealed some interesting facts about UK higher education.

However, the US attractiveness between 2017 and 2018 felt a drop in contrast to the British higher education. In 2017, 67% of respondents of this survey said they would like to seek a degree in US universities, whereas in 2018 their number slipped to 62%.

These findings suggest that the UK’s higher reputation still enjoys global recognition despite Brexit. Moreover, the country is experiencing an increased likeness among international students. Educational experts stress the downturn of US popularity as being beneficial to British universities. Their reasoning is that as the US is introducing tougher restrictions for foreign students, these scholars are seeking other English-speaking countries, with the UK being the first option.

In spite of this, the experts share the opinion that the UK has a lot more to do in order to maintain its global reputation. A point they make in this assignment is facilitating the actual student visa system. Respondents of the Carrington Crisp survey ranked the British student visa system as the 5th most welcoming behind Ireland, Germany, France, and Canada. That’s still good if you were to compare it with the US performance, which was ranked 11th with just 30% of respondents saying the US has an easier student visa system.

27% of international students in the UK were seeking a degree in business-related subjects, statistics show

In total, 126,955 international students were attending university business courses in the UK last year. Here has been a 4.4% increase in the number of applications compared to the previous year.