Home Blog A 5% upturn in medical school applications in the UK, after years... 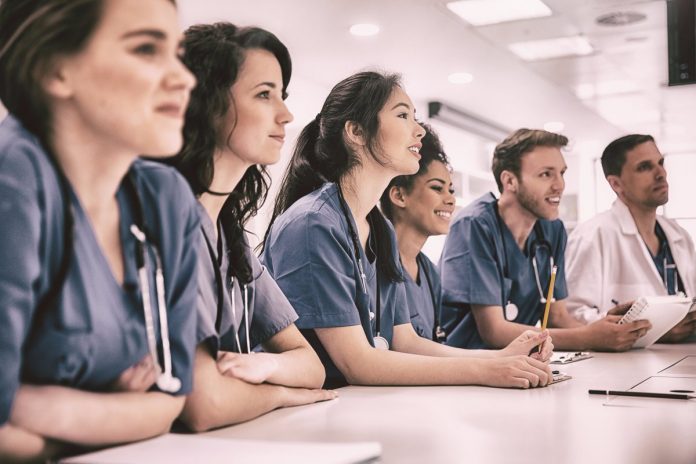 As of January 2019, 291,520 students submitted an application for Subjects Allied to Medicine courses, an increase of 5% compared to applications being recorded in January 2018, says Studying-in-UK.org.

In addition, the latest application statistics show that these numbers are likely to expand in the near future. As of January 2019, the university online application platform in UK collected a total of 291,520 applications for courses in Subjects Allied to Medicine. Compared to the January 2018 application deadline when UCAS reported for 277,770 applications an increase of 5% is noted.

Non-EU students accounted for the largest contribution to such healthy growth in applications for Subjects Allied to Medicine courses. In percentage terms, their application between two consecutive years increased by 13%. In January 2018, 11,370 non-EU students applied for a place in Subject Allied to Medicine degree programs, whereas the number increased at 12,850 this year, the statistics read.

On the other hand, applications from EU students who share a significant proportion of international medical students in the UK, have finally experienced a slight increase after a major decline noticed between 2016 and 2017 though there are no indications that this had to do with the Brexit vote.

In January 2016, 16,710 students submitted an application to Subject Allied to Medicine courses. Next year, this number dropped by 26%, at 13,230 applications.

Courses in Subjects Allied to Medicine rank among the most popular degrees in UK universities. Official higher education enrollment statistics show that a number of 288,065 students in UK were attending these type of courses as of 2017/18, making them the most favourite study options second to Business degrees. Along with the fact that the UK’s medical schools are global leaders the prospects of a higher international application and enrollment on Subject Allied to Medicine degree programs are obvious.