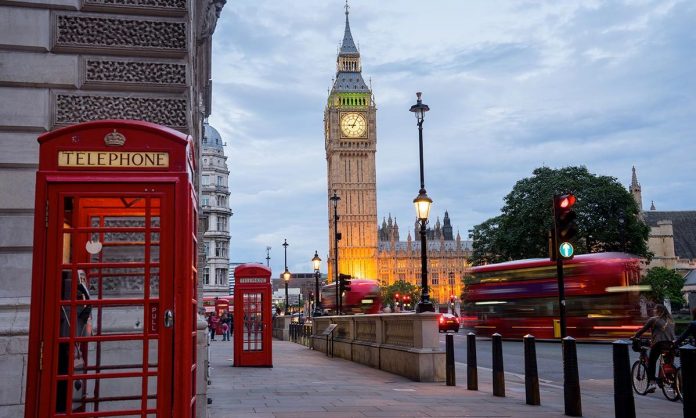 London is an amazing city. No wonder why millions of foreign enthusiastic tourists, students and permanent residents go to London every passing year. Its long and fairytale-like history reveals itself in everyday life in its architectural masterpieces, in its cultural and social diversity and its unbelievable stories.

If you believe you know everything about the UK’s capital we bet you don’t. To feed your curiosity, scroll down to read some interesting facts about London you might have never heard before.

1. Big Ben Is Not The Name For The Tower

It is a very common mistake, but Big Ben is actually not the name for the iconic Tower in London. Big Ben is actually the name for the clock in the Tower. Even locals nowadays refer to this place as the Big Ben tower. The tower is located in the north end of the Palace of Westminster in London. 2012 onward the object is named as Elizabeth Tower, but in the past, the tower was known as the Clock Tower.

2. London Is The Smallest City In England

Yes, you heard that right. What you think of London is actually just a small urban area part of the Greater London region. The city of London covers only 1.2 square miles and has a population of around 7,500 residents. As such, the city of London is actually the smallest city in England. Greater London, on the other hand, is an English region, which encompasses surrounding towns covering 606 square miles and having a population of over 8.7 million residents.

London is an important cultural and historical centre and museums could not have missed in this area. If you get to visit this wonderful city you would definitely lose a lot from your trip if you don’t stop by one of them. The British Museum, the National Gallery, the Imperial War Museum, the British Library and the Wallace Collection are just some of them.

4. The Smallest Statue In The World Is Built In London

A statue displaying two mice eating a piece of cheese is known as the smallest statue in the world. It is that small that you have to pay attention or someone must point you to it. You might probably wonder about its significance? The story behind it is quite interesting. History says that the statue was built to remember two builders who were engaged in a fight after accusing each other to have eaten their meal. Both of them died and later it was understood that mice had actually eaten their meal.

5. Death In Parliament Is Not Illegal

The story that it is illegal to die in Parliament is actually a pure myth. Its popularity has often been considered concerning and authorities have tried to convince people that there’s no such restriction. Some were also interested in understanding what could have caused this belief to exist. It is said that this myth could have come from the idea that everyone who dies in the Royal Palace is eligible for a state funeral. However, entering the Parliament Houses in London wearing armour suits are prohibited and this is not a myth.

6. Over Than 300 Languages Are Spoken In London

There’s hardly any other place in the world more diverse than London. Expats coming from different nationalities share a large proportion of its population, which enumerates around 8.7 million residents. They practice their original traditions and communicate in their native language. Due to this unbelievable diversity in London, it is estimated that there are over 300 languages spoken in London. Chances are that if you’re on a trip to London you can easily someone to communicate in your native language.

7. What Does The Name London Stands For?

What you think today of an amazing city has a long and not completely known history. Some standing theories state that London was first built from Romans around 50 AD. The origin of its name has also a puzzling history. During history, London used to have different names including Londonium, Ludenwic, Ludenberg. The most accepted version is that the name for London has derived from the old Celtic word “Londinous” which means to be bold.

8. Houses Of Parliament Is The Largest Palace In The UK

One of many architectural landmarks that London is proud of, is definitely the Houses of Parliament or also known as the Palace of Westminster. Crowned as the largest palace in the entire country, the object was first built at the beginning of the 11th century to accommodate the King of England.  Unfortunately, a fire in 1512 destroyed a large part of it and another fire in 1834 caused more severe damage. The only medieval structures to have survived those times are the Westminster Hall, Jewel Tower, the Cloisters of St Stephen’s and the Chapel of St Mary Undercroft.

9. London Buses Were Not Always Red

Red buses are for sure the most typical thing that your mind associates with London. The iconic vehicles didn’t always have this colour. Once upon a time each of them had a different colour with each colour signifying a different route. To stand out the competition the biggest company of buses London General Omnibus Company decide to paint their buses with the red colour in 1907. Ever since London buses have been red.

10. It Is Not Easy To Become A Black Cab Driver

In most countries, you only need a driving license to work as a taxi. But this is obviously not the case with London. Black Cab drivers you see all around the city actually undergo lengthy training before they are given the job.  Typically the training may last for 2 to 4 years and candidates must memorize every single street in London. In addition, they must also be able to make fast assumptions as per which is the route that takes the least time from one destination to another. Now you can easily understand why they charge such high fares.

11. The Highest Building In The EU

Located in the district of Southwark, Central London, the Shard is the tallest building in EU and fifth tallest in entire Europe. Built in 2012, the Shard stands almost 310 meters (1,016 feet) high. The amazing skyscraper has exactly 72 habitable floors. If you get to visit London any time and want to have a breathtaking view we recommend you to climb the Shard for an unforgettable experience.

12. There Used To Be Six Ravens In London Tower

A long time ago Charles II ordered his guards to bring six ravens in the Tower of London because he thought they would protect the fortress from falling. They even had an extra raven in their palace in case of the six ravens flew away. The superstitious belief remained long after the decision of Charles II.

One of the most horrible events in the history of London was the Great Fire in 1666. A large part of the city was covered in flames as around 70,000 homes of Londoners were completely wiped out from the fire. However, despite its catastrophic effect, there were only six verified deaths from this terrible event.  Many argue that the number of casualties has actually been higher, but the fire has destroyed every single thing including dead bodies.

According to the most up-to-date estimation, more than 8.7 million people reside in the UK’s capital. As such, London is the largest city in the UK by population.

15. Most Billionaires In The World

More than 80 billionaires live in London making it the city with the highest number of billionaires in the world. Moreover, London billionaires represent 80% of all billionaires living in the UK. In this aspect, London leaves behind big cities like New York, San Francisco, Moscow, Paris, etc,

If you are interested in studying in London, make sure you check out our complete guide to study in London.